The engagement ring Napoleon Bonaparte gave to Josephine de Beauharnais has just recently sold at the Osenat auction house in France for an amazing 730,000 euros ($948,000). It is not unusual for incredible engagement rings to be sold at auctions for these numbers, but what is amazing is that the auction house expected the ring to only sell for 10,000 to 15,000 euros. The ring features a pear shaped diamond and a pear shaped sapphire that together don’t even total 1 carat. 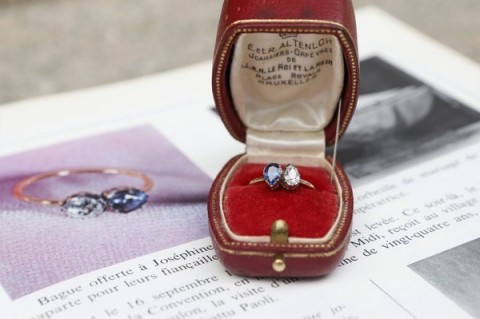 When the auction house estimated what they thought the selling price would be they never could have imagined that the ring would sell for this much. The ring is believed to have been given to Josephine in 1796 and then the couple married shortly after on March 9, according to the catalogue. This ring is a perfect example of how difficult it is to predict what historical premium will put on a piece of jewelry.