Aquamarine the birthstone of March.

While in the month of March it only seems fair to feature its birthstone! Aquamarine! 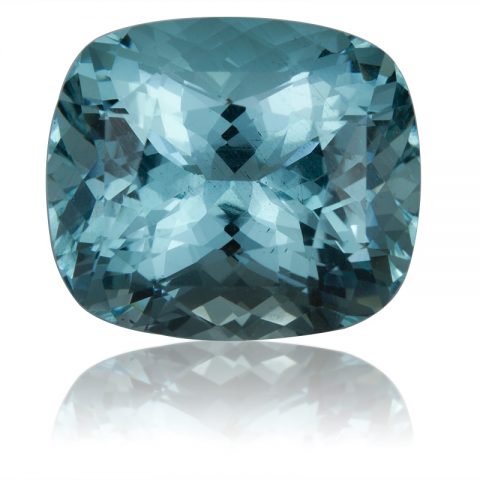 History and Lore of Aquamarine

The stone aquamarine was named was derived from two Latin words, aqua, meaning “water,” and marina, meaning “of the sea.” due to its beautiful blue and green colors.

The Egyptians and Sumerians believed aquamarine was a symbol of happiness and granted everlasting youth. It has also been found in many Egyptian tombs and burial pits

Roman fisherman believed it would provide them with abundant catches while on their fishing trips. The Romans also believed that aquamarine had purifying powers they so they would carve chalices from it for drinking.

In the Middle Ages, it was thought that it would reduce the effect of poisons, As well enhance the overall happiness in marriage.

It was adopted by the American National Association of Jewelers in 1912 as the birthstone of March.  It is also the birthstone for the Zodiac sign of Scorpio. As well as being the stone ment to be given on one’s 19th wedding anniversary

Physical Properties and Formation of Aquamarine

Aquamarine is a part of the Beryl family, some other gemstones in that family are Emerald, Morganite, Helidor, Bixbite, and Goshenite

The hardness of Aqua ranges from 7.5-8 on the Moh’s hardness scale. Making them harder than quartz but softer than topaz. That makes them great for everyday wear while still being heirloom quality stones!

It grows in long six-sided crystals and will commonly form in a cluster with other aquamarine crystals. The largest gem quality crystal on record was 19″ long. It can be found in many countries across the world including the United States and is most commonly found at high elevations in the mountains.

Most Aquas are eye clean and require little to no treatment to enhance their clarity. It is common practice to heat treat them as to deepen the saturation of the blue color, as well as give them a more pure blue color

Above are just a few examples of what can be done with this beautiful stone. Stop in today to check them out in person or have a custom piece of your own made!